Menu
X
Subscription options for our in-house journals would be Print only and Print + Online in view of the recent pandemic which has made e-journals more convenient and accessible to readers. 2020 Stock available for all ADR Medical, Nursing, Engineering, Pharmacy and Arts Journals. Please drop an email at subscription@adrpublications.in. Also scroll on the main page that now we are also in the United Kingdom
ADVANCED RESEARCH PUBLICATIONS

Journal of Advanced Research in Aeronautics and Space Science 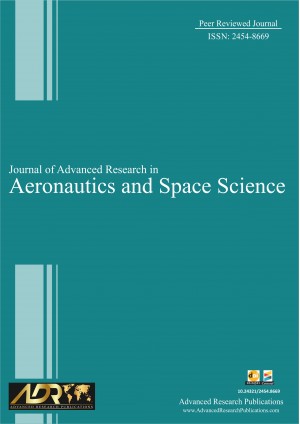 Journal of Advanced Research in Aeronautics and Space Science is a peer reviewed Journal and it is devoted to the publication of original scientific research findings, methodological developments, and opinions in the form of original and review articles, brief reports, letters to the editor, proceedings of symposia, debates, etc.

The journal publishes original papers including but not limited to the following fields: